I love World War II fiction. The best of it is very hard to read, but that is part of what makes it great. I cannot read it without being challenged to consider the easy life I live. Defy the Night by mother and daughter duo Lydia and Heather Munn is no exception. I am delighted to share this most recent book review from Kregel with you.

Defy the Night is actually book two of a series, sequel to How Huge the Night. I have not read the first book. I will say that I struggled getting to know some of the characters in this book. They seemed to be important, but their back story was not thoroughly given. I know now that those characters were explored in How Huge the Night. Even so, Defy the Night stands on its own as far as the story is concerned.

Magali is a teenage girl who wants to do something. Although she resides in an unoccupied portion of France, she still sees the effects of Nazi occupation all around her as refugees pour into her town. Magali does not want to just keep quiet, harboring secrets to keep people safe. She wants to be active in the fight against the enemy. But in her youth, Magali is also a bit naïve. She has no idea what an active life will cost her, even after she meets the captivating Paquerette.

Defy the Night brings attention to a part of World War II history that is not clearly described in history books. The Nazis were not alone in establishing internment camps. Just as the United States created camps for Japanese, so the French Vichy government created camps for refugees into their countries. Conditions were deplorable and people died, but relief workers sought strongly to free many, especially children, from those conditions.

Children in Rivesaltes, the primary internment camp represented in Defy the Night. 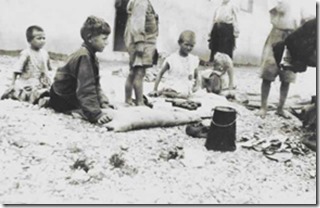 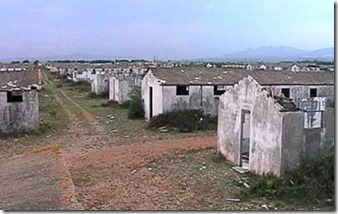 In all honesty, my knowledge of France’s specific status during the first years 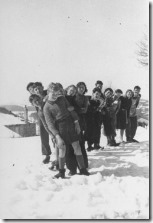 of the war was limited when I began reading this book. So, I had to play catch up on some of the details, as the book does not clearly explain the Vichy government, the differences between the occupied and unoccupied portions of the country, and the nature of refugees in France. Even so, I was able to follow and learn much from Defy the Night. Were I to hand this book to one of my children, however, I would first provide them with some of the foundational historical information.

Defy the Night is hard to read for two reasons.

While both aspects make the book hard to read, they also contribute to its excellence. Defy the Night stands out, both historically and from a literary perspective.

So, what about handing this to children? As a parent, I do not recommend purchasing this book with the intention of just adding it to your child’s library. I would not hand this to my thirteen year old right now, although I would read it aloud to her were we currently studying World War II. The content is intense, and I do want to protect the innocence of my children as long as possible. But I also know without a doubt that it is important for them to know the truth of sin’s effects on this world. So, Defy the Night will be included in our World War II history studies in the future. And, I will probably add How Huge the Night as well!

Defy the Night was sent to me by Kregel in exchange for my honest review.